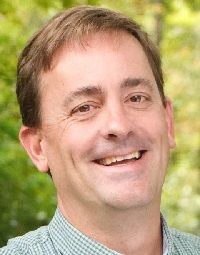 Rick Davis has been an AVHC Trustee since 2022 and is Chairman of the Outreach Committee.

Mr. Davis is the President and Founder of DH Productions, a business-to-business video production company located in Centerville, Ohio.  DH Productions specializes in television and radio commercials, web, marketing, and internal communications videos, as well as documentary and broadcast programming.   DH Productions currently has 6 employees and serves over 200 local and regional clients.  The company has won multiple Emmy, Telly, Ava, and American Advertising Association awards during its 16 years.
Rick is a native of Chester, WV and holds a Bachelor of Fine Arts degree from Wright State University in Motion Picture Production.  He has been in the Dayton area for over 30 years and currently lives with his wife, Jessi in Miami Township.  They have three children, a dog, and a cat.

Rick has previously served as the President and board member of the Dayton chapter of Media Communications Association International.   Rick has volunteered on several projects for the AVHC and looks forward to continuing to work with such a wonderful organization.