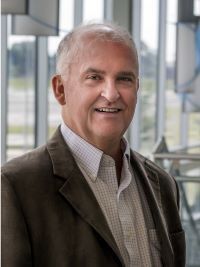 John Gower has lived in Dayton for most of his life and spent his career working for the City of Dayton as an urban designer, downtown and city planner and placemaking engineer."

John joined the AVHC Board of Trustees in 2013.  He was interested in joining because of the mission to preserve/honor our veterans. The last few years that his father was alive, he lived with John and he would take him to all of his appointments at the VA – his father passed at the Dayton VA hospice.

“Our VA has been very important to our veterans - and - being an almost lifelong passionate Dayton heritage aficionado, I was very interested in the mission to work to preserve the older historic campus and the stories that are embedded with the grounds and the buildings.”