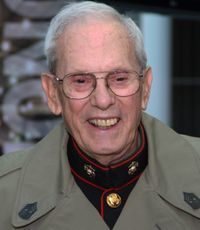 Sergeant Major (Ret) James W. Snyder, of Kettering, a Marine Corps veteran who served in the Korean War, Vietnam and Operation Desert Storm. Snyder had a key role in creating the Ohio Korean War Memorial and overseeing the 50th and 60th anniversary of commemorations in the Miami Valley. He’s an American Veterans Heritage Center volunteer, past officer and current Honorary Member of the AVHC Board of Trustees, and volunteers with many other veteran and civic groups, such as Wreaths Across America and the Boy Scouts of America.