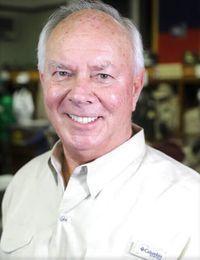 Brigadier General, USAF (Ret) Dennis Samic has been a volunteer member of the AVHC Board of Trustees for 15 years, and currently serves as its Executive VP.

Dennis was born in northern Ohio, and has been a resident of the Dayton region for 20 years. He spent 30 years in the US Air Force in a variety of financial management positions at field and Pentagon levels, including his final assignment as CFO of Air Force Material Command at WPAFB. Following his AF retirement, Dennis worked for a defense contractor for several years, and was an independent contractor in the defense space.